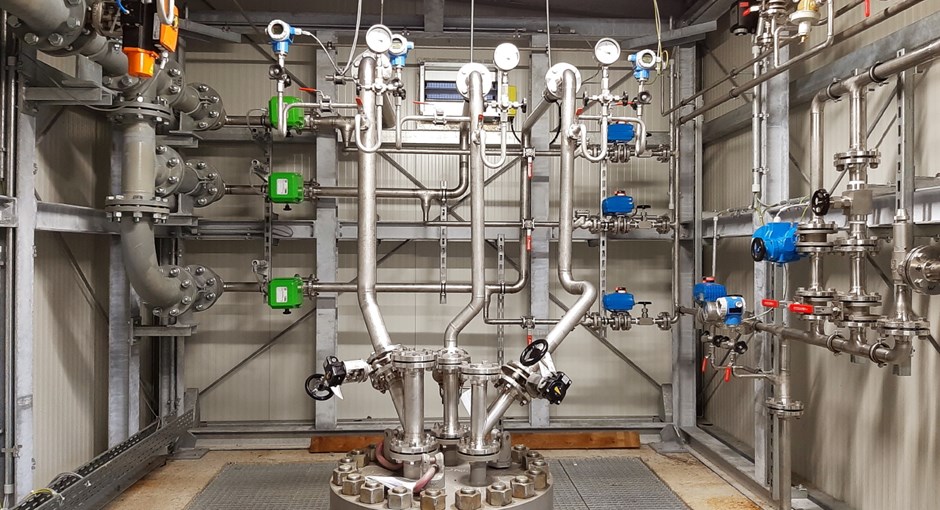 The German Bundeswehr heats with geothermal energy in Pfullendorf

The German Bundeswehr heats with geothermal energy in Pfullendorf

After several years of construction, the geothermal heat supply system of the Staufer barracks in Pfullendorf has entered trial operation in November 2020.

At the site, thermal water is pumped to the earth's surface at a temperature of 78 °C from a production well that reaches a depth of 1,400 m. After the water flow of 75 m³/h has transferred its heat to the barracks' district heating network, it is reinjected into the ground via a second borehole.

The design and construction of the plant was particularly challenging due to an unusually high content of natural carbon dioxide dissolved in the water. Every litre of water contains six litres of the gas, which could be released and cause a variety of problems if the pressure in the water dropped.

In the future, the new geothermal plant will be able to cover almost the entire heat demand of the Bundeswehr’s property of approx. 6,000 ... 8,000 MWh per year. The corresponding savings in natural gas will bring the Bundeswehr a significant step closer to its goal of CO2 neutrality, which is pursued not only through the use of geothermal energy but also through the installation of photovoltaic systems.

You can find a video report here: https://www.swr.de/swraktuell/baden-wuerttemberg/soldaten-geothermie-100.html.