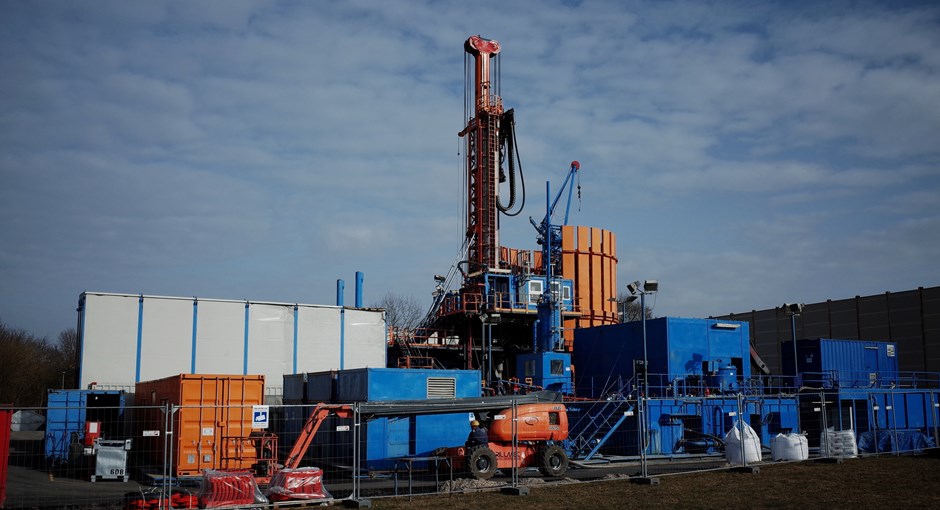 Schwerin/Neubrandenburg, 31 March 2021. The citizens of Schwerin can look forward to an environmentally friendly heat supply to their district heating grid. The first well of the future geothermal doublet at Schwerin-Lankow already exceeded all expectations. On the weekend, the newly drilled reinjection well was tested with very positive results. The geothermal consultants of GTN were excited about the results.

“The geothermal project in Schwerin is an important milestone for the transition towards a carbon free heat supply in Northern Germany. We are very proud that we have been part of this lighthouse project since the beginning.”, said Dr. Peter Seibt, managing director of GTN. “The project demonstrates that also shallower reservoirs can be a feasible option for geothermal heat supply.” Many projects in Germany target reservoirs deeper than 3,000 m. The project in the capital of the German state Mecklenburg-Western Pomerania uses the Postera sandstone that can already be reached at 1,200 m. Drilling costs are substantially reduced due to the shallower depth and lead to, despite lower temperatures, high economic feasibility.

The temperature of the thermal water is 56 °C and in the beginning of 2022, Stadtwerke Schwerin (Schwerin’s municipal utility) expect to begin its utilization for an environmentally friendly heat supply. Prior to supplying heat to the district heating grid, the temperature is raised to 80 °C through high temperature heat pumps. About 10 % of Schwerin’s heat demand will be covered by the new geothermal heating plant. With additional projects, a total of 60 % could be possible.

In contrast to the vertical production well, the injection well close to the “Sportpark Lankow” in Schwerin was drilled as an S-shaped deviated well. This allowed for a subsurface distance of 1,100 m between the endpoints of both wells, which is required for a sustainable utilization of the reservoir. At a depth of 410 m, the well was deflected from vertical up to an angle of 30 degrees. Following an additional 550 m, the angle was dropped smoothly again until the well returned to a vertical trajectory. The target layer was reached at a vertical depth of 1,220 m. Successful directional drilling was achieved through thorough planning and by applying specialized drilling equipment.

The targeted Postera sandstone dates back to Upper Triassic times (some 200 – 205 million years ago). Thick sand layers were deposited within a vast fluvial plain that extended over big parts of today’s Northern Germany. At the Schwerin site, over 40 m thick sandstones are remnants of this river system. The fine to medium-grained Postera sandstones are poorly consolidated and present most favorable hydraulic properties, which are essential for an effective geothermal energy extraction.

Exploration of the reservoir at Schwerin-Lankow was performed using the so-called “Sandsteinfazies” approach. This new exploration technique was developed by University of Göttingen and GTN in the course of several R&D projects funded by the BMWi (German Federal Ministry for Economic Affairs and Energy). One of the core results of these research projects is a set of high-resolution maps showing subsurface facies, sandstone thickness and reservoir quality.

More information are provided on: